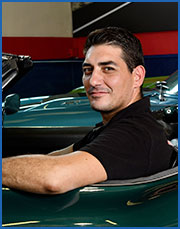 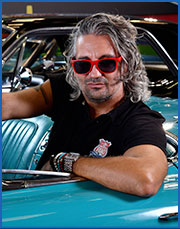 CAREER PITCH
A survivor of the finance and business world, has done it all, guitar hero, collector of US guitars and cars.
PERSONAL SITUATION
Next subject.
PHYSICAL
Aging beau, “seasoned” hair, near eternal youth
PSYCHOLOGY
Lively, methodical yet artistic, charming, fanciful
PASSION
Bodywork, rock, and women.
FAVORITE PHRASE
« If it’s too strong, you’re too old. » 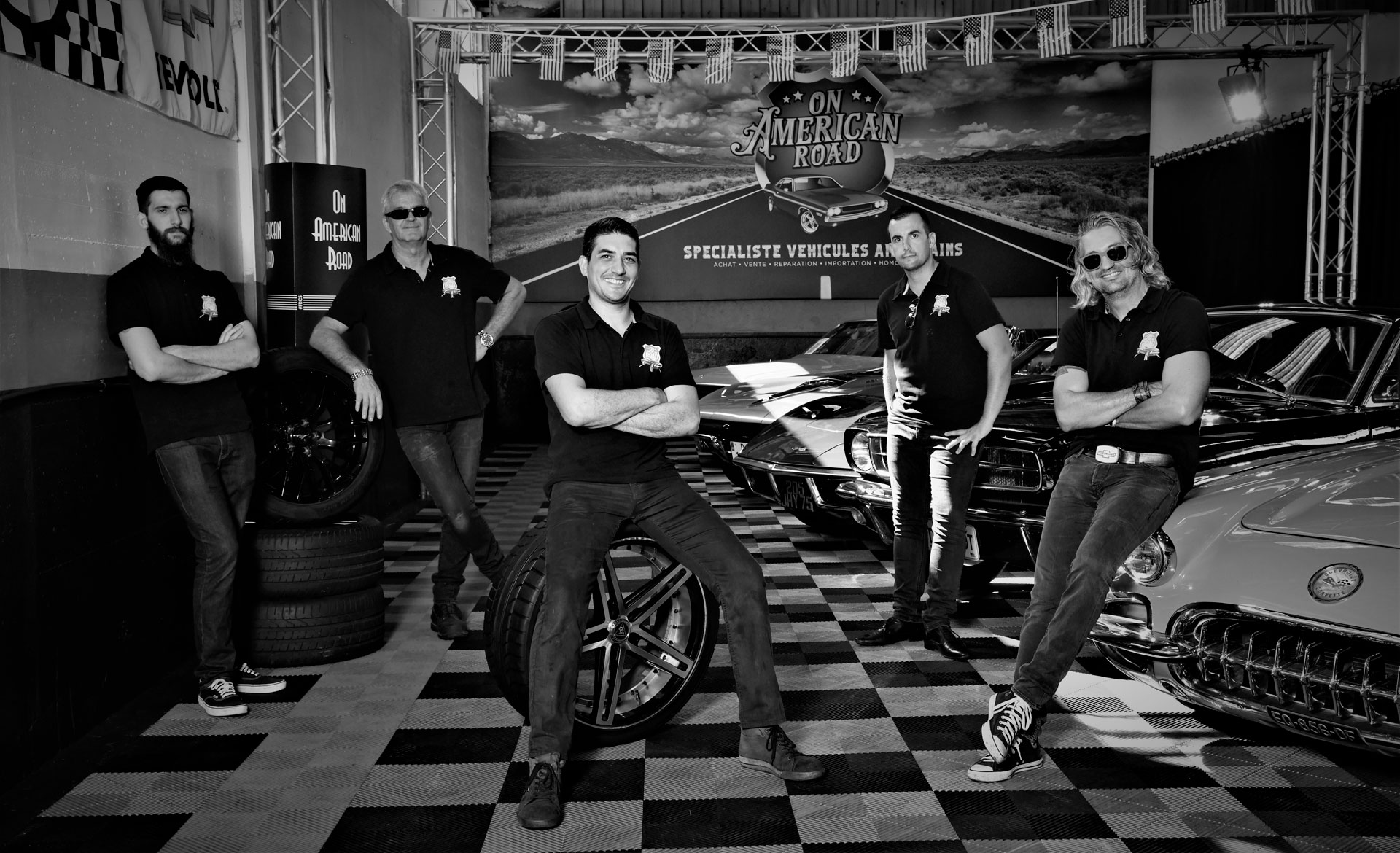 After spending the first ten years starting from an early age in American vehicles as an employee at the biggest US dealership/garage in the PACA Region, Frédéric Arione founded the On American Road garage in 2010.

Since success is synonymous with a need for space, he quickly moved his business in 2014 to the town of Saint-Jeannet, on the edge of the Saint-Estève business zone, and equipped it with a 500m², where a team of mechanics work full time.

In 2014, he was joined by Nicolas Ricci, in charge of developing the late-model vehicle trade along with its inherent regulatory aspects, as well as the administrative and financial aspects.

In 2017, a long-standing customer of the garage, Lionel Aubert, joined the team to lend a hand in developing the business, more specifically the classic vehicle business.

The three friends, now partners, invested significant financial resources in On American Road, enabling them to maintain an inventory of quality vehicles on site, in a outfitted showroom worthy of a concert hall.

Our customers love us

Contact is first rate. They are all great and never make a fuss. They are like good cooks and work in full view of everyone. The garage is accessible and the explanations are thorough. Frédéric never conceals anything and says exactly what’s going in. He never exaggerates.
I love this garage, it’s like you’re at home, and you always feel welcome.
I recommend this place with total confidence. Happy driving!

The happy buyer of a beautiful 1972 Chevelle SS clone that I am going to pamper, I would like to thank the great team of Fred, Lionel, and Nico, for their professionalism and reliability. I hope this garage is around a long time. And see you soon for future improvements to my baby.

For everyone who has an American vehicle, there’s no other place on the Côte d’Azur, this is the one! A team of nice guys I have gotten to know, enthusiasts, and who are always there for you. Bravo, and keep it up!